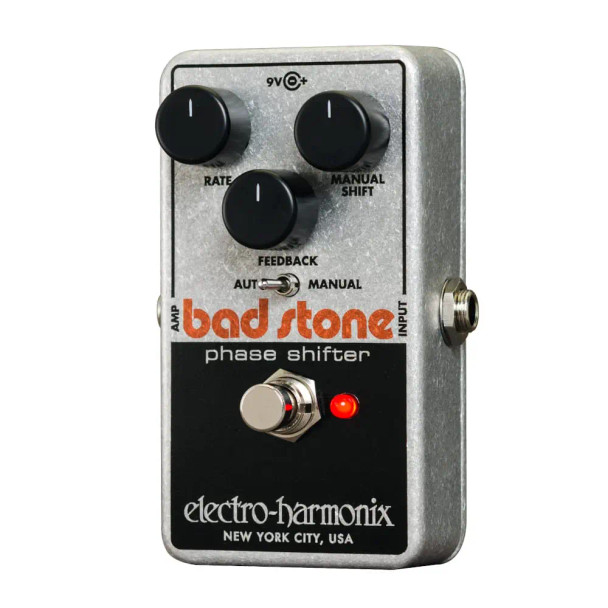 The legendary EHX Bad Stone Phase Shifter resurrected! With prices of 1970’s vintage Bad Stones soaring, now is your chance to get a reissue that is faithful to the original circuit design and three-knob control layout, but features up-to-date enhancements for the modern player. The Bad Stone delivers an incredible six stages of phase shifting plus a manual mode that lets the player freeze the phase. Its Rate knob controls the phase shifting speed which goes from a very slow swoosh to a rapid, oscillating warble. Feedback determines the depth of the phase effect and a toggle switch lets the user select Auto or Manual modes.

MSRP:
Now: $197.80
Was:
The Electro Harmonix Pitch Fork is a unique and powerful pedal that can shift your pitch over a +/- three octave range. It features three modes that allow that new pitch to be transposed up, down, or...
PITCHFORK

MSRP:
Now: $246.70
Was:
The Pitch Fork®+ features two independent pitch shifting engines with full control over each. Both will transpose your pitch up or down over a +/- three octave range and detune +/-99 cents. With rock...
PITCHFORK+