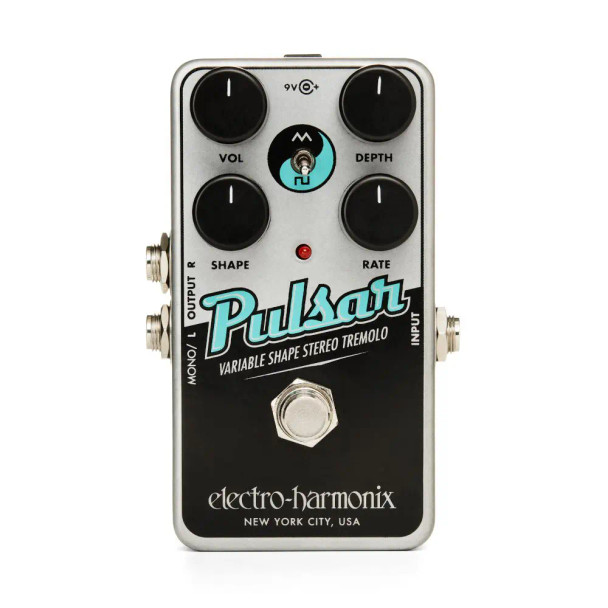 The Nano Pulsar takes tremolo beyond the ordinary and mundane. Equipped with a collection of tremolo-modulating waveforms and the option of operating in Triangle or Square Wave modes, the Nano Pulsar is a tremolo/panner treasure chest. In mono, it’s simply amazing, or, connect it in stereo to create shifting waves of sound that surround you and fill your space with weaving, pulsating energy.

For all its power, the Nano Pulsar’s layout is intuitive and using it is easy. There’s often a perceived volume drop with tremolo when the effect is engaged so we’ve included a Volume control. It allows a player to fine-tune their output level when the effect is on, and is a very useful addition.

MSRP:
Now: $79.80
Was:
With the price of vintage HOT TUBES soaring, countless guitarists have requested that we re-issue our 1970s CMOS HOT TUBES. We’ve done this using the exact same design and miniaturized it,...
HOTTUBESNANO

MSRP:
Now: $137.90
Was:
Holy Grail Reverb Divine reverb for mere mortals. Down from the heavens comes the Holy Grail, a compact digital reverb guitar pedal that is priced so low thou shalt not covet thy neighbor's...
HOLYGRAILNANO

MSRP:
Now: $84.40
Was:
Built for the player who demands nothing less than hard-hitting distortion and an intense, aggressive sound!
NANOMETALMUFF